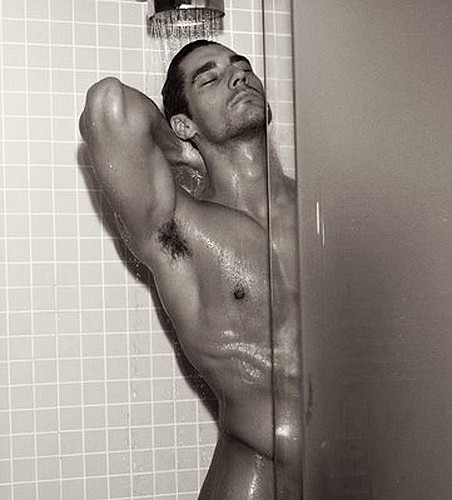 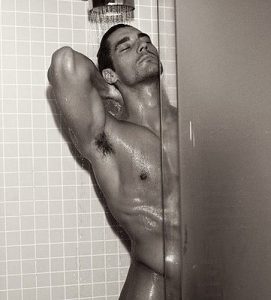 There’s a quote about those who enjoy sausage shouldn’t watch how it’s being made, but I guess it depends on what kind of sausage we’re looking at and… God, I have no idea where I’m going with this. But it’s steamy sausage. Or something. 😉

Or make up your own innuendo. I don’t care. 😀

I’m hard at work after doing a few plot revisions together with my better half, working on making this an awesome story. So, with that in mind, here’s another excerpt from behind the scenes, completely and utterly unedited. Just so you’re forewarned.

Just as I turn to sneak out the way I came, a shriek sounds from beyond the door. What the fuck?

I don’t think. I act, leaping at the door, yanking it open with a slam and throwing myself through the door, rolling into a crouch with my gun held in front of me in both hands. The air is thick with steam, the large bathroom several degrees warmer than the bedroom. It only takes a millisecond to see that I fucked up.

Time slows to a near standstill.

Andrea’s crouched on the floor and looking up at me, wearing a towel wrapped around her hair and nothing else. She’s gloriously, beautifully, drop-dead sexily naked.

In her hand is a rolled-up magazine, presumably taken off the top of the stack next to a bathtub with room for at least three or four people. On the floor in front of her are the squished remains of one big-ass spider. Even if she hadn’t already expertly taken care of the problem, my Beretta wouldn’t exactly be the right tool for the situation.

There’re a lot of things to notice, but I can thank my training and years of experience for being able to see them all in such a tiny span of time. Unfortunately, said training is remarkably silent on proper protocol after bursting in with my gun out on a naked woman in her own bathroom.

I’d love for this hyperspeed to last long enough for me to leap back out the way I came and leave her wondering if it was only her imagination, but apparently it doesn’t work that way. I’m trapped, my muscles barely responding while Andrea’s pupils dilate and her eyes widen. Her mouth drops open and her curvy body tenses and flexes as she leaps straight up.

As she lands on the balls of her feet, there’s a sexy bob to her breasts as secondary motion kicks in. I can’t stop noticing details, but this time I’m not sure it’s so much my training as it is being a testosterone-driven heterosexual male. Her full lips tightening. Her pebbled nipples pointing right at me. That she shaves the whole thing.

I force my gaze north, back to her face. I’m in enough trouble as it is.

She screams. A sharp piercing sound that tears through me like a banshee’s howl. It lasts for a moment before it morphs into a furious growl as her eyebrows knit angrily over her flashing eyes. The first words are hers.

“What the fuck are you doing in here?” She hasn’t gotten so far as to covering herself up, and I’ve got to admit, it’s got me distracted. Four years a soldier, two years a bodyguard, I’d have thought it’d take more than a naked woman to throw me off my game.

“I–I heard a sound. A scream.” Realizing I’ve still got it out, I flip the safety back on and slip my gun back in my pocket.

“Are you insane?” Her hands go to her hips and she leans forward in anger. It’s like it hasn’t even occurred to her that she’s naked yet, she’s that pissed. “I’m in my own bathroom. Unless that pea shooter of yours is more effective than Cosmo against wolf spiders, I don’t see that you have any business in here whatsoever.” She looks around significantly, while throwing her hands out. I’ll freely admit that her boob jiggle arrests me for a moment before I drag my eyes back up to her face.

Her sarcasm drips like the venom off a brown recluse, “So you’re still here? What else? Going to check the toilet for rats? Under the sink for cockroaches? You can at least throw me that towel.” Her eyebrow arches in challenge. “Assuming you’re done staring.”

She looks fucking imperial the way she stands there, bare ass naked and commanding the room. I can’t tell if it’s inappropriate or entirely appropriate as fuck that I’m finding it hard as hell right now to think of something other than bending her right over her marble bathroom counter and fuck the hell out of her. As my pants tighten, and I remember the wildcat from the plane, the last thing I want to do is to fucking leave.

The form you have selected does not exist.

While you make up in your mind what happens next, you can always take a peek at some of the books that are rocking the charts right now at the sexy and bad boy end of things.

All links go to Amazon.com, and this site is a member of Amazon’s affiliate program. 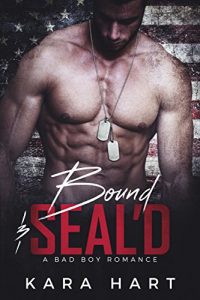 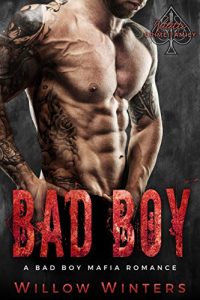 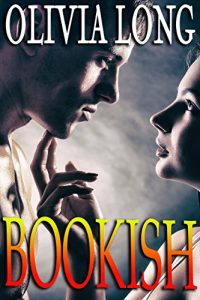 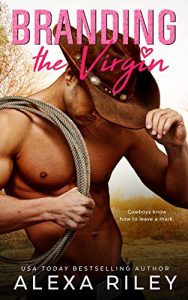 Branding the Virgin by Alexa Riley 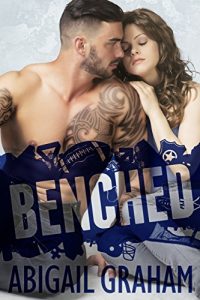 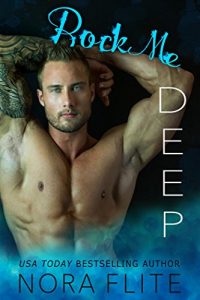 Rock Me Deep by Nora Flite