A little snippet from Payne 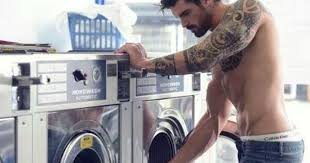 So my new novel is approaching quickly, and will be called Payne. 😀 I’m getting really excited about it, and I’ll have a cover reveal coming in the near future, and the book itself a little bit after that.

The book is about Nora, a fresh out of the academy police officer whose first assignment puts her right in the line of fire of Payne, an ex-SEAL hitman hired by the local mafia. Coincidentally, he also sublets an apartment just upstairs from hers while he’s in town for his assignment. Obviously, nothing ever goes as planned, and they fall for each other, even as they’re both dancing around the fact that she’s sure he’s not all he appears to be and him doing his best hide that same thing.

Here’s a little teaser, which finds place in the laundry room in their apartment building’s basement. 😉

Payne pulls me out of the chair and lifts me like I don’t weigh a thing. It never ceases to amaze me how strong he is. Unlike the muscle-bound guys at the gym, his body is honed to be a tool, not a display piece.

Not that my hands know the difference as they clasp his sculpted shoulders.

He puts me down on top of the rumbling washer that’s currently doing my sheets, and his lips nibble my neck as eager hands tug up the hem of my shirt. With a quick yank, it goes in with his laundry, leaving me in my stretchy, lace lounging bra. Excitement and the slight chill of the basement air have my nipples standing in tight points.

Rough fingers trace my collarbone, between my breasts and down to the band of my leggings. In for a penny, in for a pound. I grin and tip my hips up to help as he works them off. Into the washer they go, and he smacks the door closed.

“You noticed that shirt was white, right? It’s going to come out all grey,” I babble, trying to cover up how vulnerable I feel in only my underwear and a pair of fuzzy socks. I yelp as he falls to his knees, pulling me forward until my ass is on the edge of the machine.

“I’ll buy you a new one,” he mutters, before slinging my legs over his shoulders and spreading my thighs.

I can’t bring myself to complain, not when his mouth presses against the thin cotton covering my mound and his fingers tighten on my ass. The scorching heat of his tongue pushes into me, but on the other side of my panties, he can’t do much more than play, and the blunt teasing quickly has me wanting more.

Taking matters into my own hands, I pull the soaking fabric aside, and dig my fingers into his thick hair, guiding him right where I want him. A sigh escapes me at the first brush of his mouth against my skin.

Payne chuckles, breath puffing over my sensitive pussy. “There’s my girl. I knew you had a wild streak in you.”

I’ll show him wild. “I don’t have anything in me yet. So if you could get a move on it, that’d be great, thanks.” My snark earns me a teasing slap on my ass.